The following commands have been updated in LT2014 as follow:
Updated system variables in LT2014:
◦

The New Command Line interface, docked or floating, has been enhanced in AutoCAD/LT 2014 to provide easier, more efficient access to commands, system variables and to find other content such as blocks, hatch patterns, visual styles, and Internet help if needed.
◦

Today Autodesk will officially share all the hidden secrets and more for their entire 2014 products, including our favorite LT2014, so visit Autodesk's LT Webpage for all the glossy presentations.

From us here, you'll get a honest no-frills list of what's new, what's changed, and what got dropped, with more indepth reviews in future blog posts that will expand on each category:
Now for the good stuff, WHAT'S NEW! Here are the highlights with much more to come in future posts: 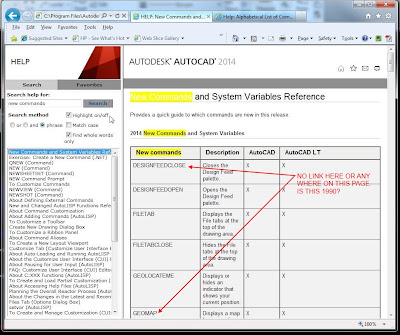 Stay tuned for more information about LT2014 today and in the near future right here.